Welcome to year 5W's blog of the week on a very unfortunate, rainy Friday 13th!

http://www.roman-numerals.org/worksheets.html  Have a look at this website for lots of fun activities on Roman numerals.

Our English this week has been based around the fantastic film we went watching last Friday 'Paper Planes'. We started the week on Monday by creating a storyboard, showing the plot of the film through pictures and a brief description. After that we wrote a film review, highlighting key parts of the story but NOT giving the ending away, who we would recommend this film to and why, if we enjoyed it and why and even gave it a star rating. We then did a bit of drama, we wrote out questions we would like to ask the characters from the film and then had a hot seating session were we pretended to be an interviewer and a character of the film. I must say some people had fantastic impressions. Finally we looked at the significance of objects in a film and wrote some really great paragraphs on how certain objects are important.

We have continued with our topic about Animals including humans this week. The children have been studying the gestation time (length of pregnancy) in different mammal, such as camels and rabbits. The children produced a bar chart to show the difference between the different mammals. It became clear from the bar charts that the smaller the mammal the shorter the pregnancy, and the larger the mammal the longer the pregnancy.

This week we have studied in detail where the Vikings originally came from and where about's in the world they raided and settled in.Did you know that even Ormskirk is a Viking town? We then moved onto looking at the Vikings transportation, also known as Longships. We have looked at the different parts of these special boats and have discussed the purposes that each feature had too.

On Wednesday the whole school piled into the hall to watch the pantomime Aladdin! The children were all so animated as the cheered on the fantastic cast of the show! Really enjoyable performance.

Our certificate winner AND the upper phase week winner is Connor! This week he has put 100% effort into all of his work and has tried super hard to stay on task and to get the work finished. Keep this up now Connor, we want to see this every week! 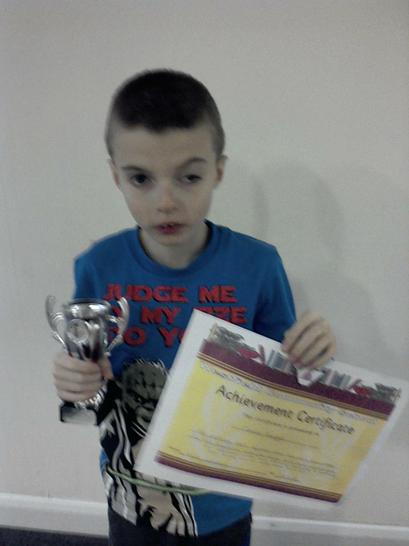 Well I hope you all have a lovely weekend. Remember I won't be in on Monday so I will see you on Tuesday!