First let's start by saying a big well done to Amber for getting this week's certificate for putting in lots of effort with her maths, even when she finds it tricky. Not only that, but she was also chosen to receive the trophy as it was recognised just what a difference putting in the effort can make. Well done, Amber!

Take a look at the picture below and see if you can guess the familiar phrase or saying.   Ready?  Here goes.

Well, did you guess it? It was...Time Flies.  Yes, yes we know we say every week,`Wow, hasn't this week flown by?' but it's true -time really does fly by. It certainly has again for us this week.

We have been looking at another wordless book by David Wiesner this week in English. This time it is called Flotsam.  Flotsam is the story of a boy who, whilst at the seaside, finds an old fashioned camera washed up on the beach.  When he has the film from the camera developed, he finds some amazing pictures. The children were also amazed that it didn't need an SD card! Take a look at some of the pictures below and then some of the 10 minute writing challenges we produced from them to practise and improve our writing. 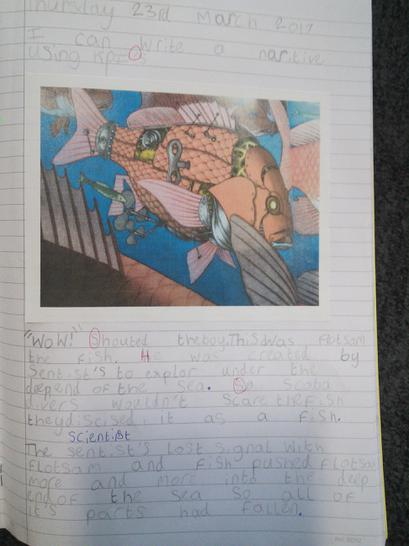 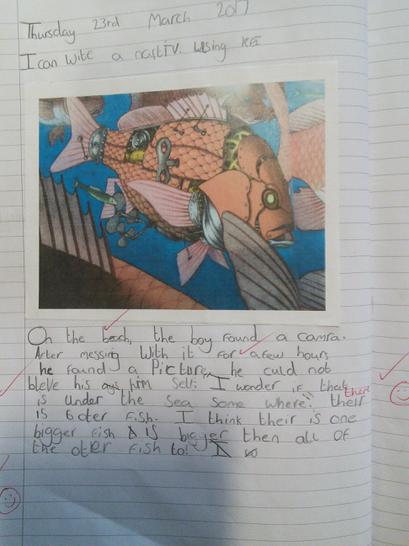 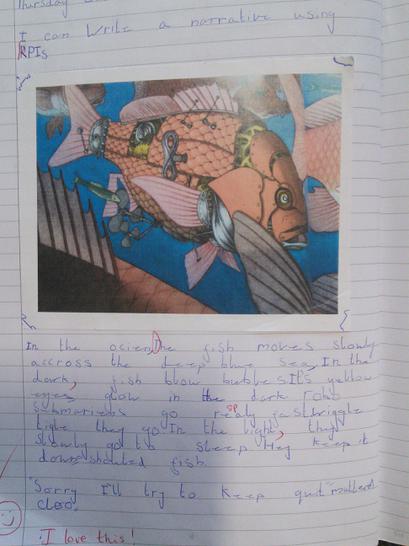 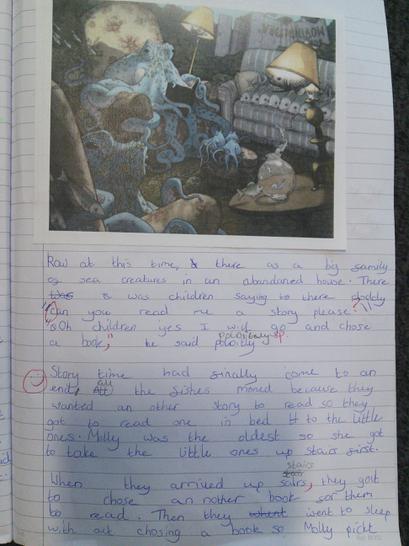 In Maths, we have been revising the work that we have covered this half term.  On Thursday, we completed our assessment.  We've got to say -it was really quite easy. Would you be able to answer some of these questions?  Take a look.
The book fair has been in school all week.  On Tuesday, not only did we get chance to see Year 3's amazing `Special Person Assembly', but we also had some time enjoying the books. Some of us were lucky enough to be able to buy a book from the book fair.

In PSHE as you may know, we have been looking at the way that media portrays images, and how these might give us different messages about ourselves.  An American journalist, Esther Honig, sent the same picture of herself to 20 countries asking graphic designers to `edit the photo to make it look beautiful'.  Each of them came back so differently.  We think this shows that we all see beauty as something different, that even though it is the same person, that how she looks doesn't change the real person inside.  Take a look at the pictures below.

Thank you to all the parents that came to the first Parents' Evening on Tuesday. It was lovely to be able to share with you lots of information about how well your child is doing in class. It was also lovely to see all the positive comments you had written in the book too.

I look forward to seeing those that are coming to see me next week.

Finally, have you say.  Each week you will have a chance to decide on which new song we will learn in next week's whole school assembly.  Click on the link below to take part in an online vote.