Firstly, this week's special congratulations go to Marli for demonstrating her skills as a mathematician. We are currently learning about Fractions  - which are not easy - but well done, Marli for working so hard to understand.

As it is Chinese New Year, we have been looking at the story, `The Great Race' and finding out how Jade Emperor decided which 12 animals would make up the zodiac by taking part in a swimming race.  The  winner was the rat but let's just say it was a hollow victory.

Over the course of the week we re-wrote the story and even had a go at writing our own horoscopes for 2017.

Do you know which animal represents the year you were born?

Fractions have kept us busy again this week in Maths as we have been working on equivalent fractions as well as simplifying them and finding fractions of amounts.  Why don't you give these a try...

We divided 24 into 4 equal groups because 4 is the denominator (bottom number).  We have realised just how important our times tables are when finding out fractions so keep practising them!

How about trying these...

In Science, we planned and set up an investigation to find out`Which liquid causes most damage to our teeth?'.  Now, obviously we couldn't test this on our own teeth.  So as an eggshell contains large amounts of calcium, and so do our teeth, we thought that eggshells might be a great substitute for real teeth.  We chose 5 different liquids to put our eggshells into, we had the same amount of liquid in each glass and we have them in the same place at the same temperature.  We then did what real scientists do and predicted what we felt we would observe.

Look at these pictures...which do you think will cause most damage? 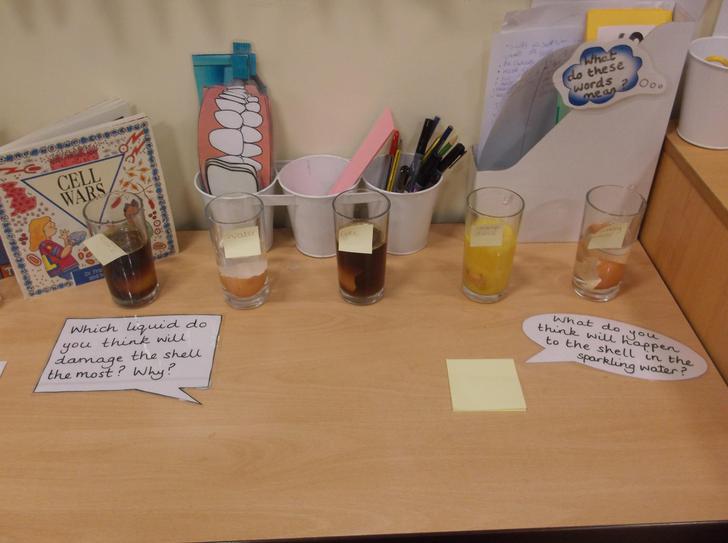 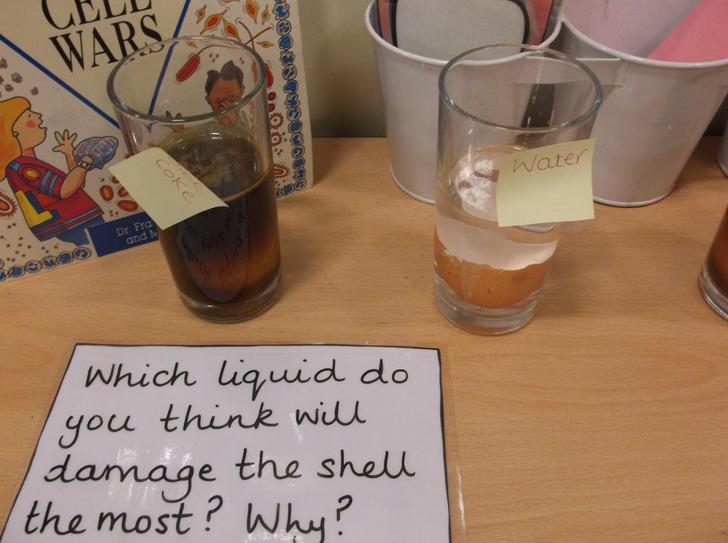 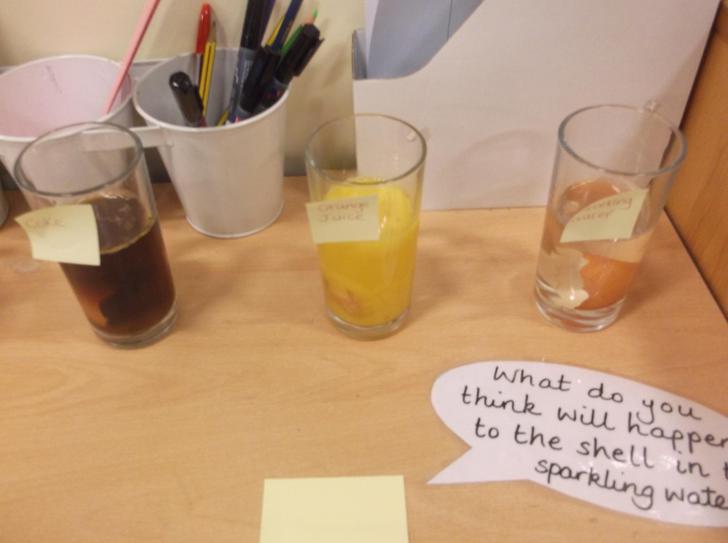 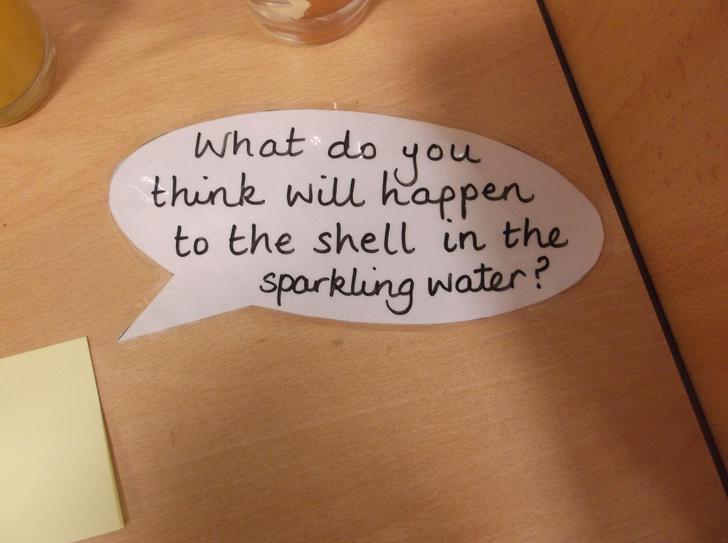 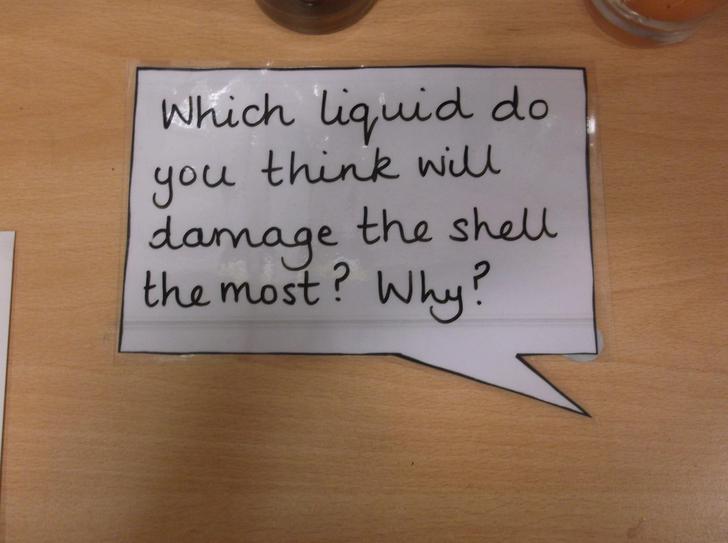 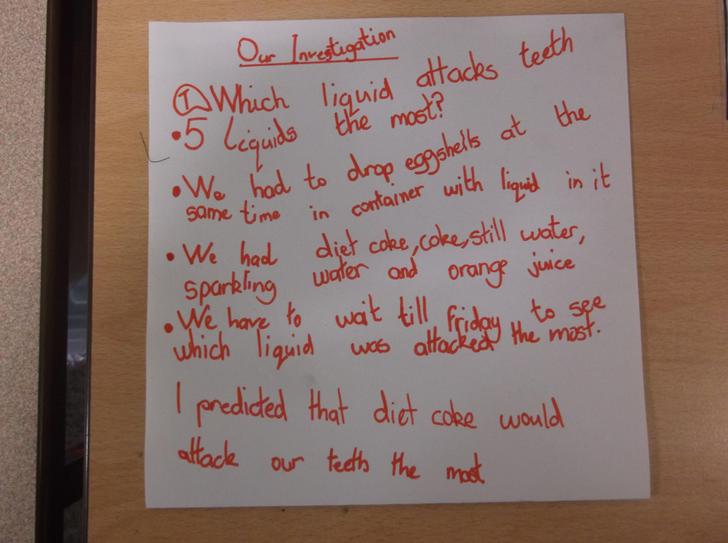 In Computing, we are currently using Logo to look at on screen control.  We have learned that you have to give instructions (algorithms) to a computer in order to make it do something, including measurements and angles.  Through these commands we told the cursor fd 50 (for forward 50), rt 90 (to turn 90 degrees to the right).  Then we discovered that if you typed this 4 times you can create... a square!   For a simple little programme -it really is a lot of fun and we are really enjoying using it.  Here is an online version -check it out! Click here.

Well after such a busy week we are all ready for the weekend.

So until next week...