Wow, the week's are just flying by...

In English this week, we have been learning all about The Beatles.  We're already really excited about our trip to Liverpool next week.  We have been learning lots of facts about who they were and how they started.  We found out that John Lennon's middle name was Winston.  He was named after Winston Churchill, the Prime Minister during the war.  John was born during an air raid.  When he met Paul McCartney he was impressed with how Paul could tune a guitar and how he could remember the lyrics to songs.  On Friday, we wrote a paragraph about John Lennon and included lots of the facts that we had learnt.

In Maths, we have been revising the concepts we have covered so far in Year 4.  We have covered Place Value, Addition and Subtraction and Multiplication and Division. Phew!  That's a lot of work right there.  On Friday, we did an assessment against what we have learnt.  We did pretty good, even if we have to say so ourselves.

On Tuesday next week, we are going to the cinema to watch...Trolls.  This is a real treat.  We had to decide between Ice Age 5 and Trolls.  In true British style, we decide which movie to watch using democracy.  Democracy is a Great British value.  All four Year 3 and 4 classes held a class vote.  Although the outcome was close, Trolls won.  Take a look.

Finally, take a look at our dance from this half term.  This dance was really, really tricky.  We still weren't sure of the moves when we started PE this week -but after 20 minutes or so, we had it.  A little more practice, and we would have if perfect.

Drop in next week when we'll tell you all about our Liverpool trip.  Bye for now. 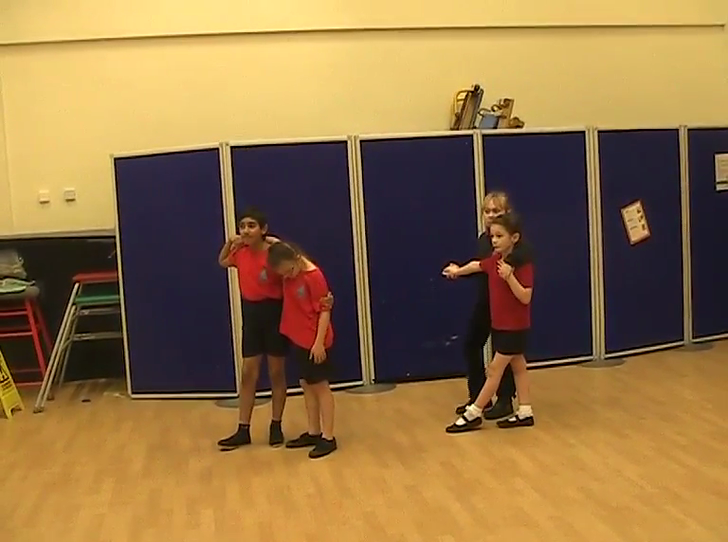