Welcome to this week’s blog from Year 5F. It has been another busy week!

After that, we moved on to finding the volume of a shape. The formula for this is length x width x height. Some of the children used cubes to make 3D shapes and used them to calculate the volume of the shape. 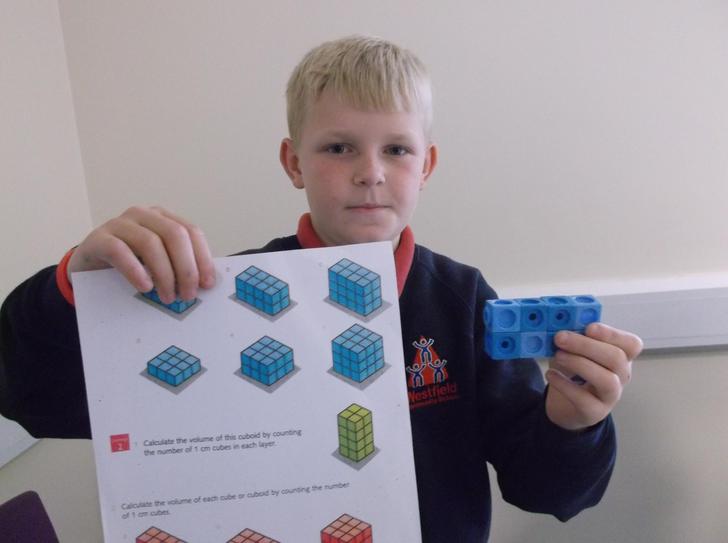 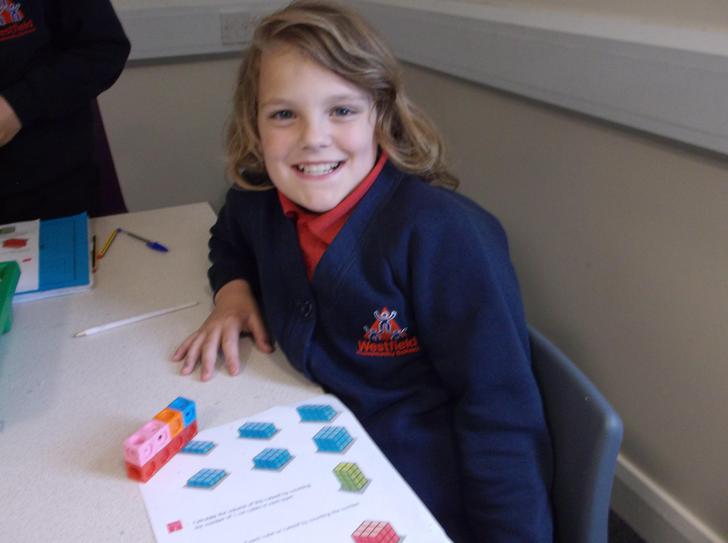 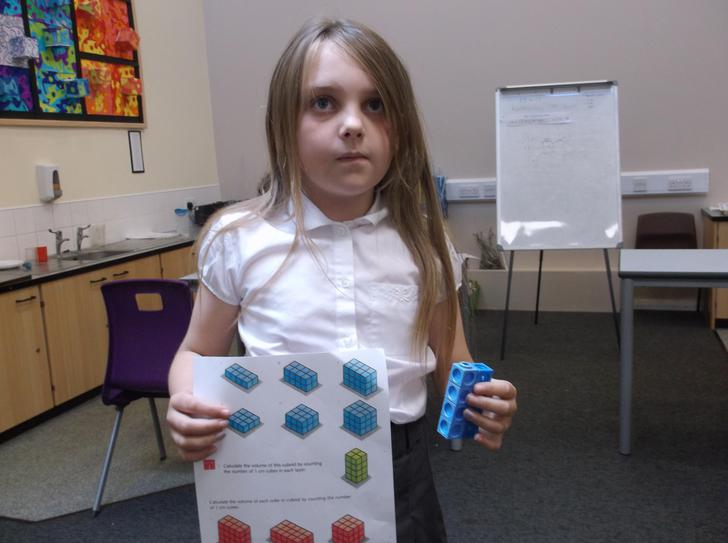 English – The children have been read the story of Brother Bear (also a much loved Disney film). They then had to recognize the six most important stages of the story and make a story board, using both words and pictures. Next, they looked at some of the characters and thought about how they changed during the story. Finally, they had to think about the setting of the story and write a description of it.

Topic – Do you know how many states there are in the USA? Well Y5F do…there are 50 states altogether. Can you name any of them? Again, Y5F can name quite a few of the different states across the USA. The children were given a map with only the initial letter of each state, using an atlas they had to mark on their map each of the fifty states. They have also been finding out about some of the famous landmarks that America has. Can you think of any?

The children have been out of school two afternoons this week. On Wednesday, we visited The Dean Trust where the children had a maths lesson using the bar model. After that, they were given a guided tour around the school by some of the pupils.

Following that, on Thursday, the children visited Wigan Life where the afternoon was delivered by the Crucial Crew. These were members from the NHS, the police and fire service as well as members of the council. The children were taught about road safety, the importance of recycling, stranger danger, learning how to put someone in the recovery position, looking at sugar in our diets and becoming an accident detective. The afternoon was jam packed and the children came away having learned lots of important facts and information.

Here is our CERTIFICATE WINNER for this week. He won as over the past week there has been a lot of changes to Y5F and he has kept himself calm and cool throughout. Also, he was a model pupil on both of our trips this week. A big well done from all of Y5F.

All that remains to say is have a fabulous weekend and we will see you again on Monday.

*** For information regarding Covid-19, please refer to the latest Newsletters under the Parents section ***
Top
Cookie information
Cookie Notice