Welcome back to Year 5F’s blog for this week. This week has been Transition Week in school and the children spent Wednesday and Thursday morning being Year 6 pupils. They had the opportunity to smple some Year 6 work as well as meet their teachers for next year, Mrs Parry and Mrs Melling. Overwhelmingly, every child had a fabulous time and really enjoyed their time in Year 6. Here are some photos of their time there...

Maths – This week the children have been using strategies to multiply and divide mentally. They have been using partitioning as well as doubling and halving. For example…

It’s much easier to multiply 23 by 100 and then half your answer.

The boy walked into the house, slamming the door behind him.

The boy (walking into the house) slammed the door behind him.

The boy walked into the house, slammed the door behind him, kicked his bag under the table and stormed up the stairs.

The tall, sulky boy walked into the house and slammed the heavy, wooden door behind him.

Also, we have continued to film the children performing their battle cries and as promised last week here are their final films. Take a look at their amazing speeches… 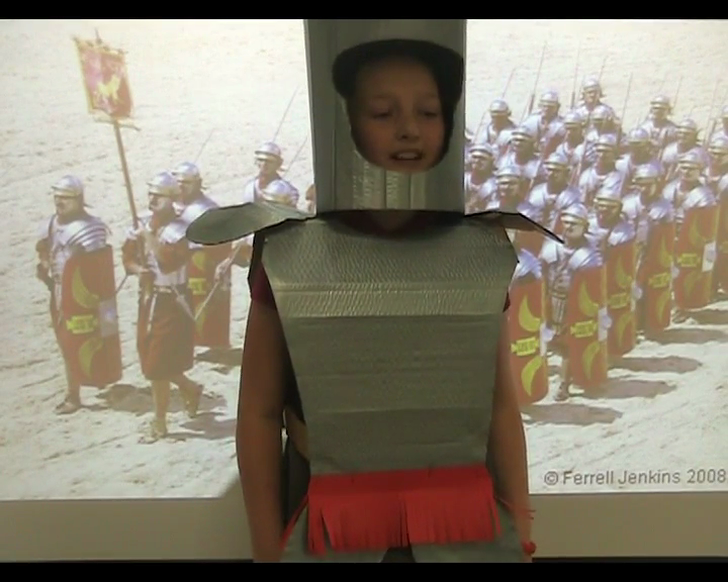 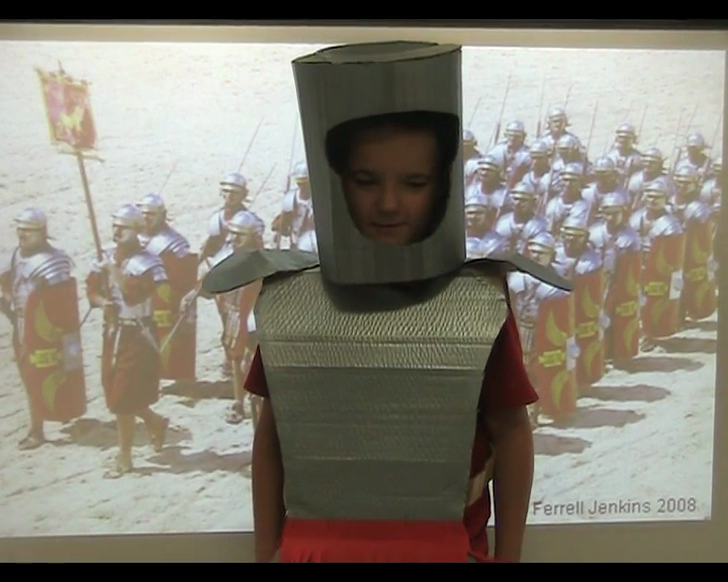 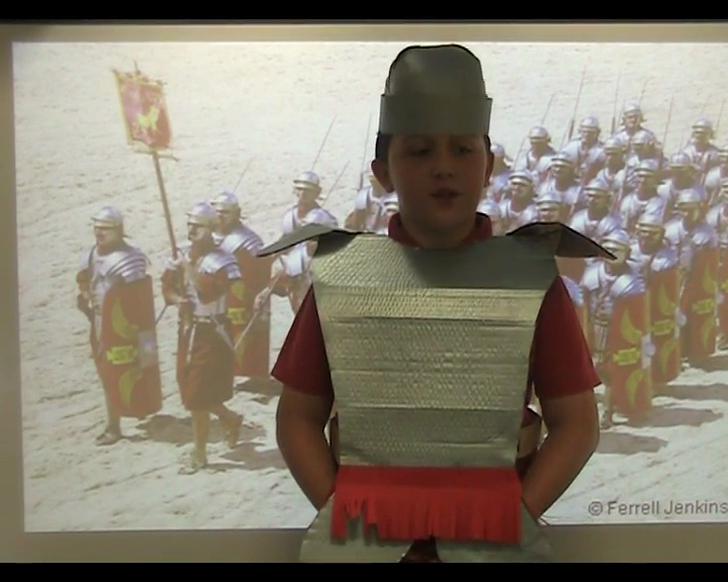 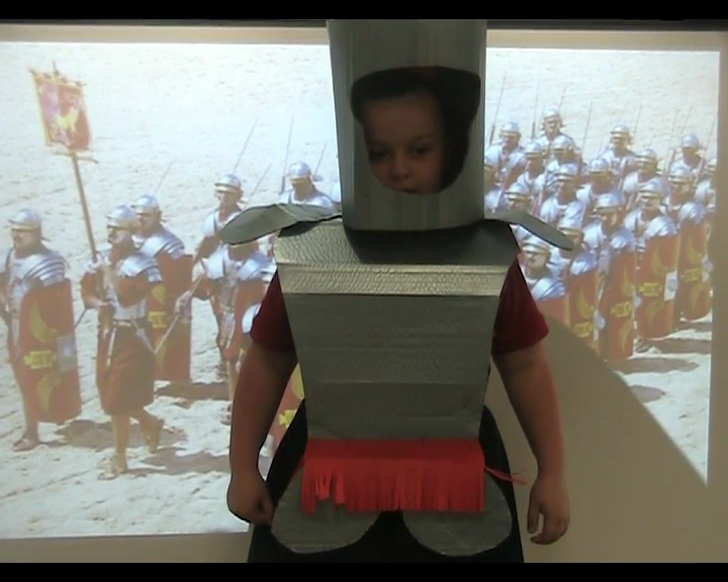 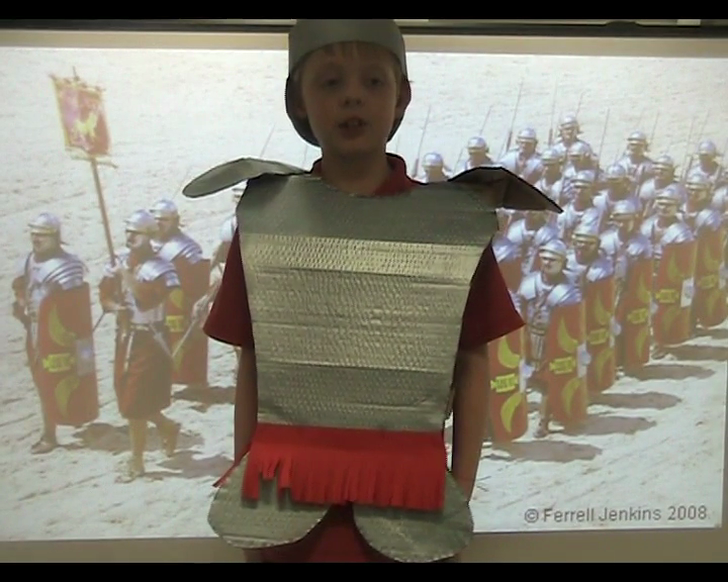 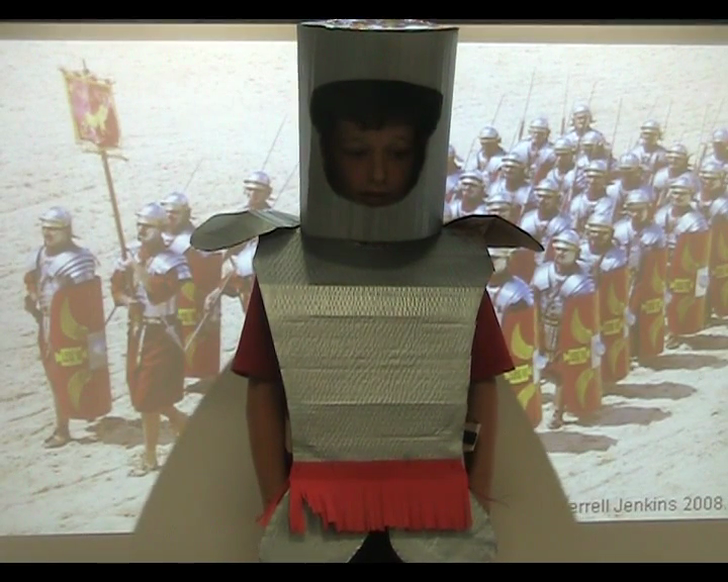 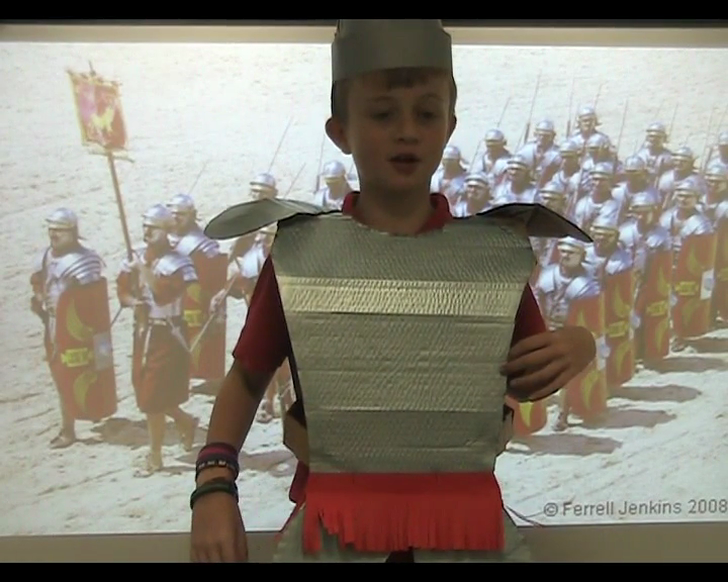 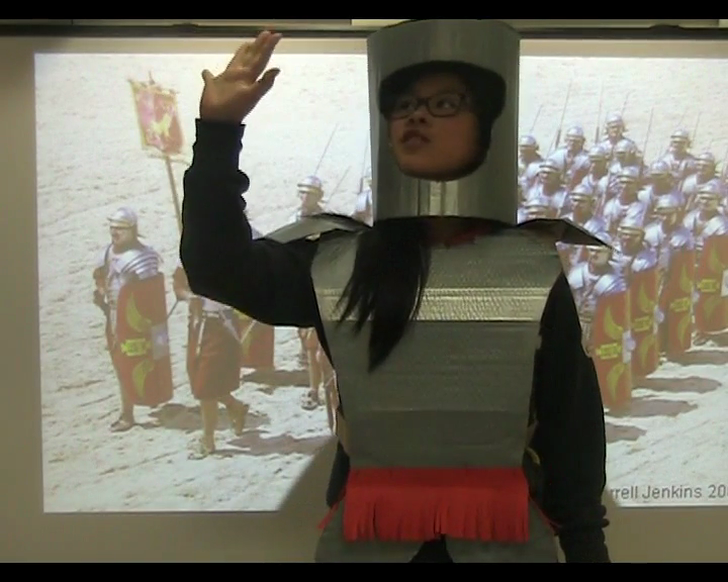 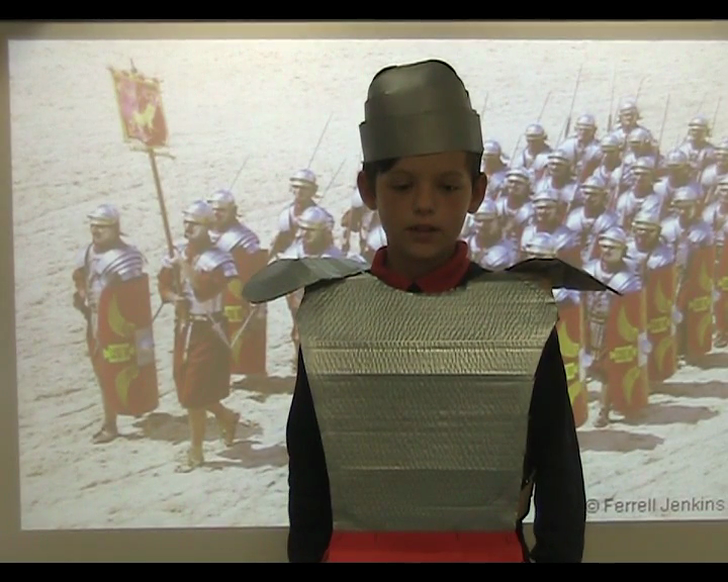 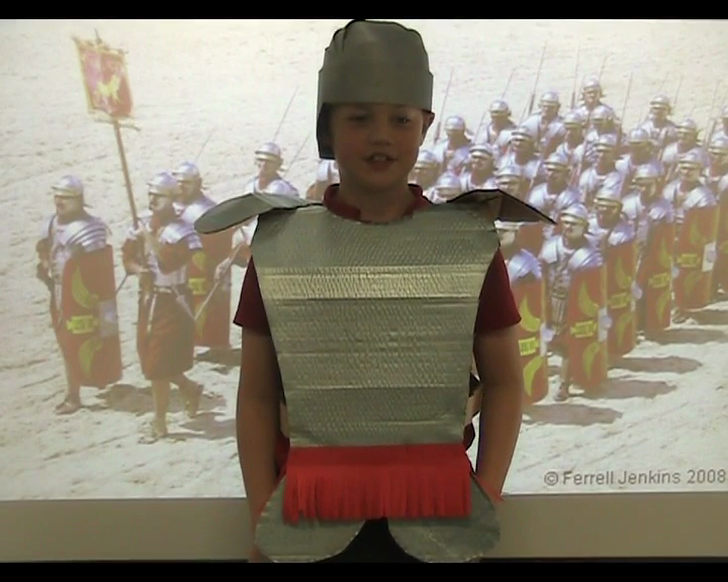 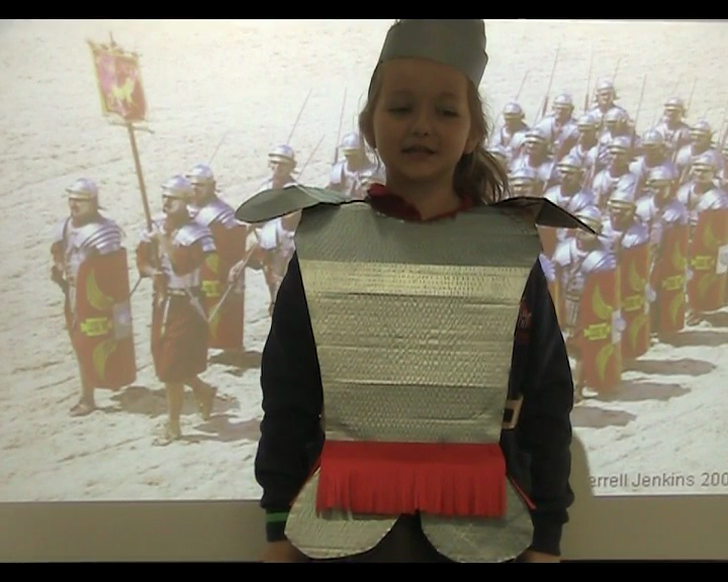 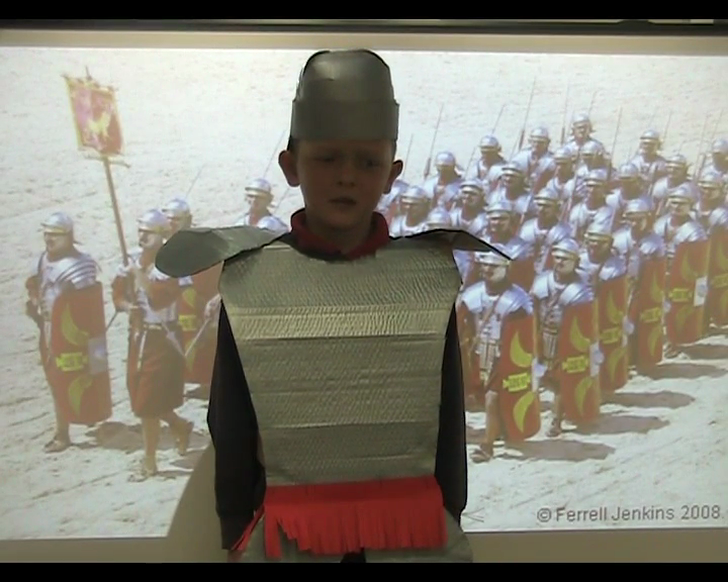 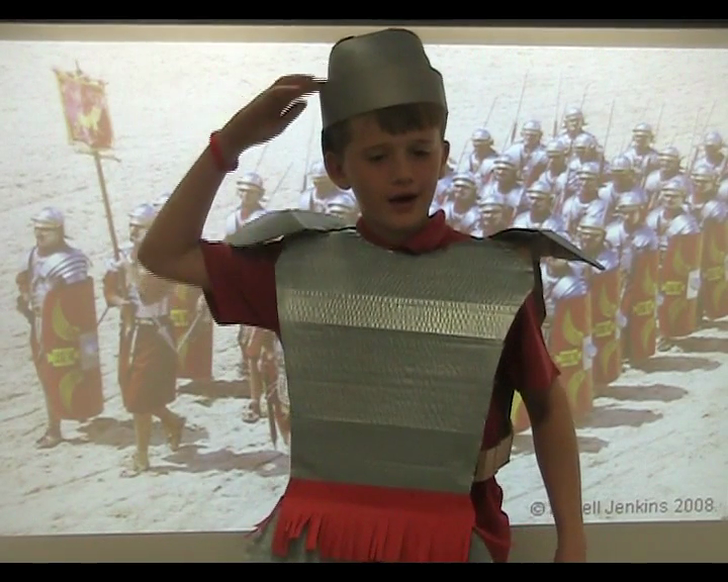 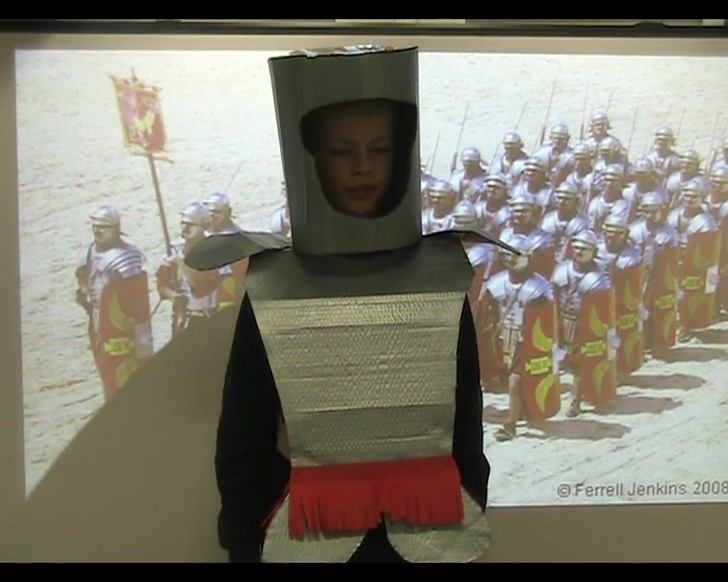 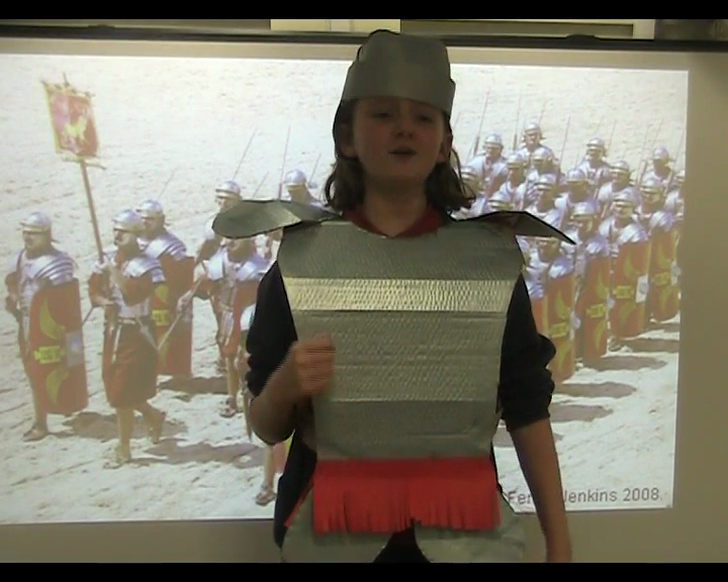 Topic – The children have continued with our new topic called NEW ENGLAND about the Pilgrim Fathers. This week they have been looking at North America. They have been comparing the climate across this vast continent. They have looked at how much the temperature varies, how much rain there is in different parts of the continent and how many hours of sunshine there is depending where you are.

Our certificate this week was awarded to Reece for realising the importance of not rushing his work. Well done Reece – keep it up!!

All that remains to say we hope you have a weekend and we look forward to seeing you again on Monday.