July 28 Today we programed a computer.

Click here to view February 17 Thats it for this session of the lego club. Thanks for everybody who attended and helped out. 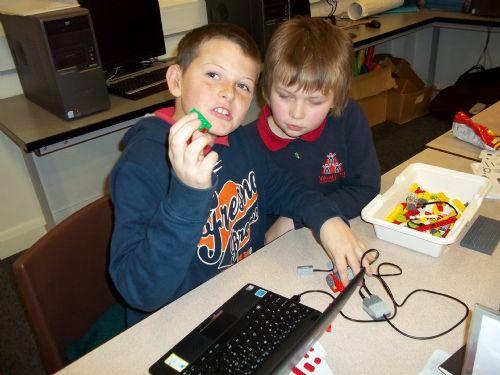 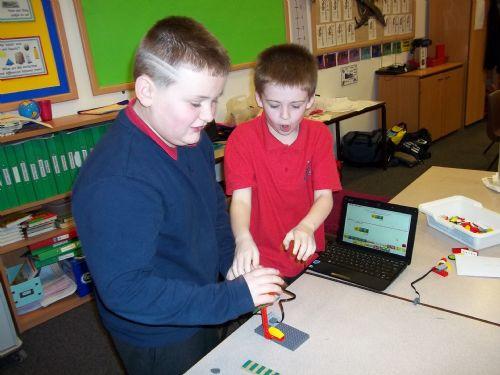 The winning distance in the kicking challenge was 1 metre exactly. 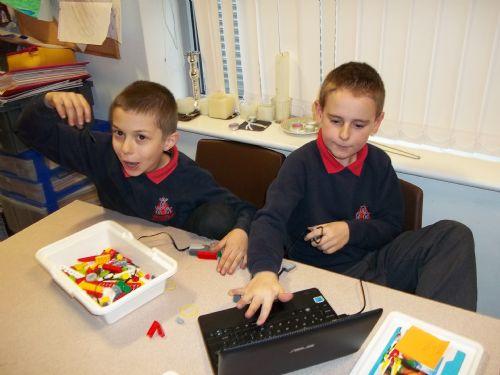 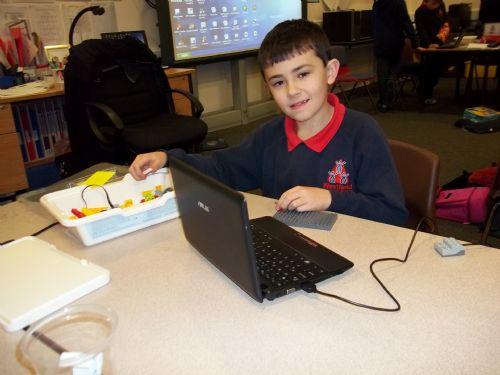 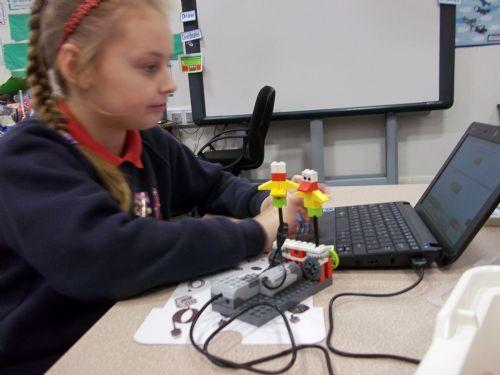 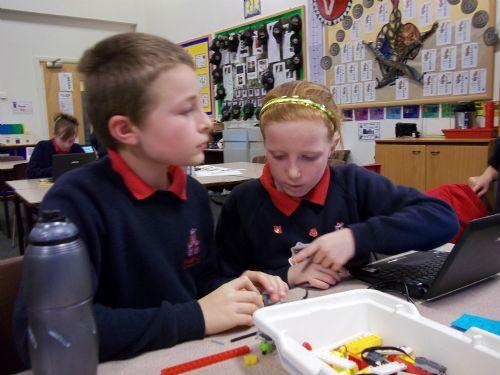 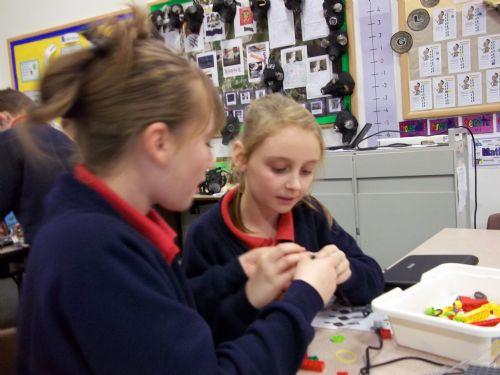 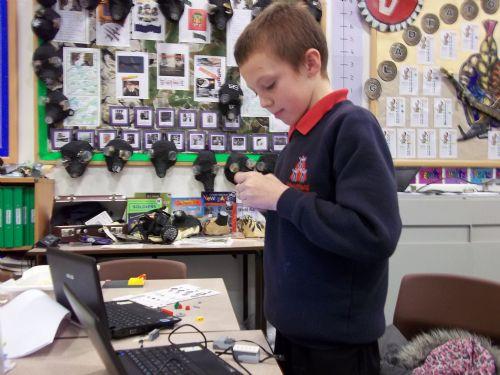 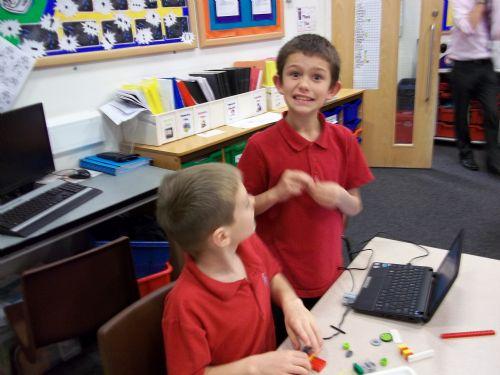 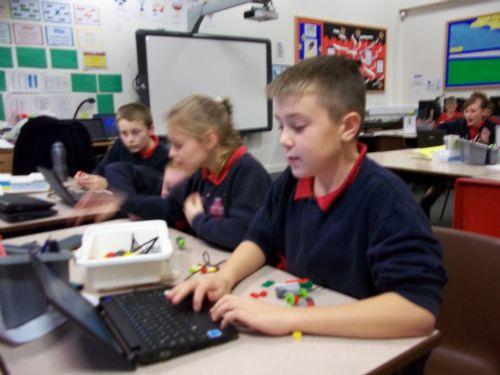 IT club is held Wednesday after school until 4:15 for Year 5.

There was a good response from the pupils wishing to attend, unfortunately only 10 could attend the sessions up to Christmas as we are basing the club on Lego Wedo and we have 5 sets. The sets contain a motor, a tilt sensor, a motion sensor and assorted lego pieces that allow models to be built following instructions from a PC. The models can then be controlled by a simple icon based program.

The first couple of weeks will be learning all about how the different parts work together, i.e. Gears, levers and pulleys, then we will make some of the models and finally design and build our own model.

One of the models we will make is a ball kicking model and we will see who can kick the ball the furthest.

Another club for the rest of the pupils who wanted to attend will be held after Christmas.

Keep looking in the article for pictures.