Sad news from the media team! Kian’s football injury has left him on crutches and will impair his photographic skills.

This week we have been doing a science experiment testing out gloves to see which type of glove will be most useful on our expedition. There where 4 types of gloves: latex, woolly, ski gloves and base layer gloves. We tested them too see how sturdy they where by submerging them in water, it turns out that the ski gloves worked the best.

Also, Joe and Keith from Wigan’s Outdoor Education team taught us how to put up a tent and how to cook with a trangia.

have a look at the expert demonstartion of putting up a tent, click here.

See you all later

Year 6 are carrying out a 3 week project on the continent of Antarctica. Every lesson of every subject is based upon The Last Great Wilderness. Each pupil was given a blank book and every piece of work has to be recorded in the book.

The topic is based around the world class climber Leo Houlding who headed an expedition to climb the mountain named Ulvantana in Antarctica. Year 6 will follow in has footsteps and have their own expedition. They will plan, train and carry out a full day expedition to the Westfield ALPS.

A media team was required to document the three week adventure. A job specification was created and the year 6 pupils could apply for the position. Letters of application were written and handed to Mr Moore and Mr Hanson who are running the team.

Eight pupils were selected to be interviewed by the team managers and Mrs Broadhead. All people interviewed had attributes and skills that would have been appropriate to the position, and the interview panel found it very difficult to choose, but the four selected were

"When I first went in to the interview I had butterflies, but after a couple of questions I grew more relaxed and more confident."  comment from Yasmin.
"It was a great experience and it will help me with my future." comment from Kian.

Please come back to view our blog later. 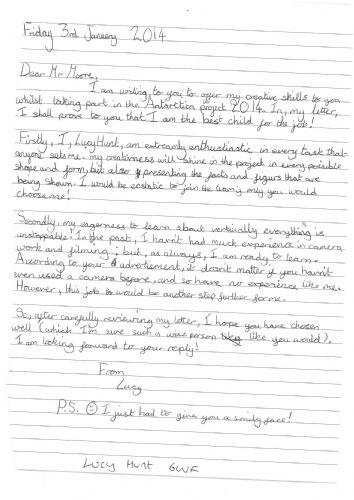 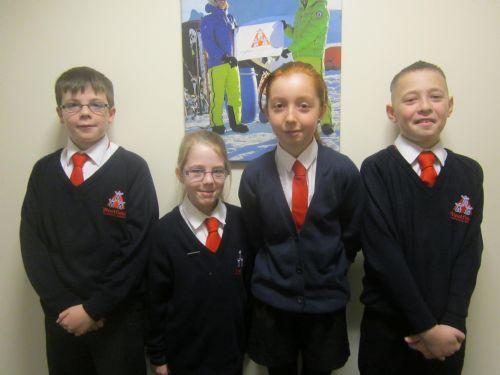